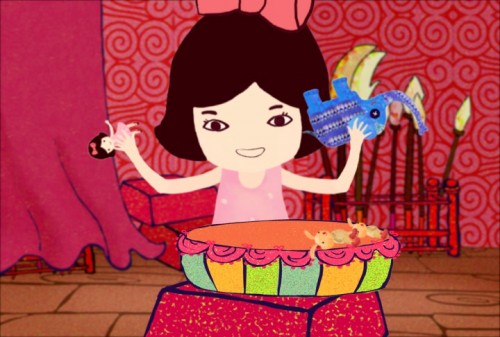 For the next four weekends (from March 26-April 17), REDCAT will present its 6th annual International Children’s Film Festival. The festival will include a new mind-expanding collection of short film programs, each crafted with care to appeal to the next generation of movie-lovers. Curated by Elizabeth Shepherd, these inspiring, magical works made by acclaimed filmmakers and up-and-coming artists from around the globe present programs for a younger audience, chills and thrills for adventurous older viewers and films to inspire the whole family.

Additional highlights of this year’s festival include Joe Chang and Friends: a special selection of new animation from China curated by acclaimed animator Joe Chang (April 9), and Indigenous Showcase: a program showcasing the emerging talents of indigenous filmmakers from throughout the world (April 2).

Check out the full schedule here.

The trailer for Marcel the Shell with Shoes On, posted above, directed by Dean Fleischer-Camp, screens at the festival on Saturday. More film trailers can be found on REDCAT’s YouTube Channel.