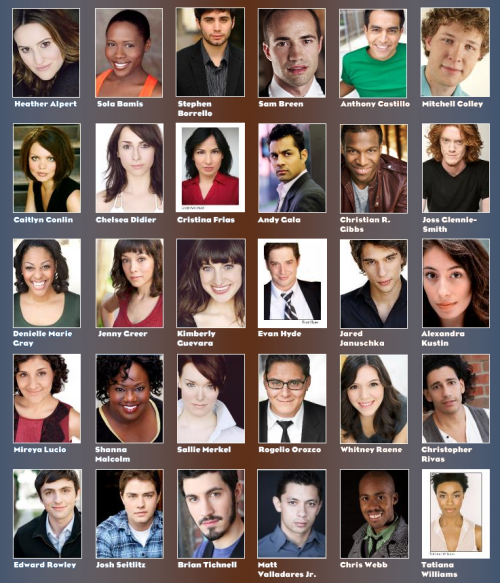 Next week is Spring Break at CalArts, and while some students will head home, travel or recharge their batteries before the end of term, the graduating classes of MFA and BFA actors in the School of Theater fly to New York for the East Coast edition of its annual Acting Showcase.

Held at The Ailey Citigroup Theater on Monday (March 28), Showcase allows the actors to perform before a number of industry professionals, including producers, agents, managers, casting directors and theater companies. Directed by CalArts performance faculty Craig Belknap and Lewis Palter, Showcase features 30 CalArts actors in scenes from both published and original plays.

CalArts alumni, students or friends are welcome to attend the Showcase in New York or later this spring in Los Angeles, scheduled for April 18, at the Falcon Theatre in Burbank.

CalArts School of Theater MFA and BFA Acting Showcase
The Ailey Citigroup Theater (at 55th Street and 9th Avenue), New York City
Monday, March 28 with performances at 4pm and 7pm (a reception will follow each performance)

Reservations: Email the performance time you’d like to attend and the number of people to showcase@calarts.edu, or call the reservation hotline at 800.876.4430.