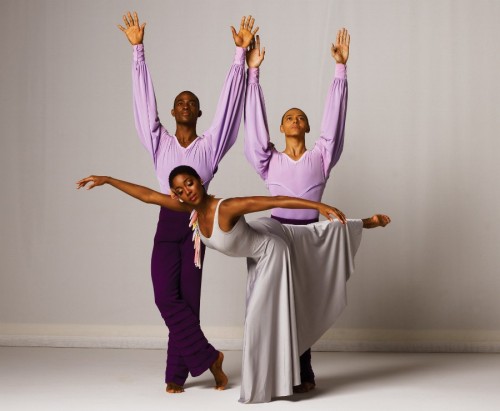 CalArts students Jordan Bell—also known as Lexi Gibbons (BFA 3)—and Michael Tomlin III (BFA 3) have been chosen to dance with the Alvin Ailey dancers, and are two of only 22  students who were chosen to perform with the theater at the Music Center.

The two will dance in Memoria, a 1979 work choreographed by Ailey. Set to Keith Jarrett’s music, the ballet is structured in two parts: “In Memory” and “In Celebration.” Ailey dedicated the piece to his friend and choreographer Joyce Trisler, who died prematurely the same year that Ailey created the piece.

While there are several programs to choose from during the Music Center run, including three company premieres, the troupe will present the piece Revelations (1960), choreographed by Ailey, at each performance to commemorate the work’s 50th anniversary.