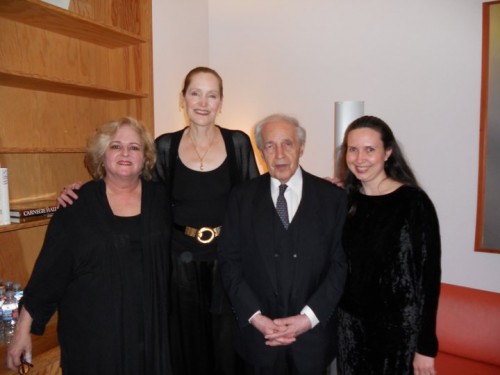 Pierre Boulez is often described as one of the greatest living contemporary classical composers. His prolific career as both composer and conductor has spanned more than 50 years, and at 86, his schedule is just as rigorous, having conducted his piece Sur Incises for three pianos, three harps and three percussion parts with the Los Angeles Philharmonic on March 29.

After retiring from the L.A. Philharmonic, Fleischmann spent several seasons as artistic director of the Ojai Music Festival. For his last, in 2003, he invited Boulez to be music director and ‘Sur Incises’ was performed. The same three harpists, three pianists and three percussionists reassembled to open Tuesday’s program. Unlike probably every other conductor in history, Boulez has been speeding up as he ages. This ‘Sur Incises’ lasted just under 38 minutes, two minutes faster than the Ojai performance eight years ago.

‘Sur Incises’ is a vast expansion in dazzling sonorities of a small piano piece, ‘Incises.’ Although as intricate as everything else he has written, it reveals a new freedom and playfulness. Boulez magnified each tiny percussive slap or trill in the original ‘Incises’ into a vast musical concourse and discourse. He set one thing vibrating, then another, then another, and pretty soon the whole room shimmered.

Listen to Boulez discuss Sur Incises at this 2008 performance: