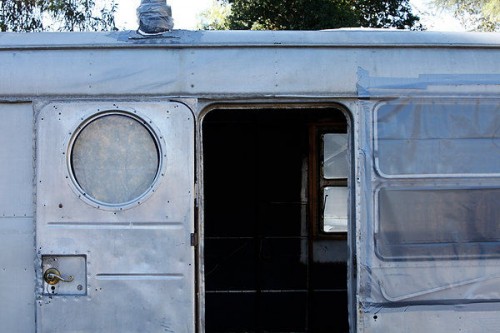 The School of Theater’s New Works Festival (NWF) kicked off last week with a diverse lineup of projects on the schedule—including a 6 am Psychedelic Ukulele Blues concert, an Architectural Projection installation in the Lulu May von Hagen Courtyard and numerous theater productions in between. The student-run festival provides an opportunity for inter-school collaboration among CalArts students while allowing them a chance to also create work outside their métiers.

This year’s festival organizers increased the scope and scale of NWF, expanding the schedule from four days to three weeks, with 52 projects accepted. “We reached out to other schools and accepted more diverse genres of work,” says organizer Meg Annand (Theater MFA 13). “We also encouraged the use of nontraditional performance spaces this year,” she adds. The festival has taken over campus, with productions being held in The S. Mark Taper Courtyard, the Coffeehouse Theater and even the C Block hallway in CalArts’ Main Building.

Students have been encouraged to participate in NWF projects that are outside of their declared programs. Even the organizers are walking the talk: Annand, who’s enrolled in the School of Theater’s Producing program, is set to act in the production Outbound to Wonderland, written and directed by Cody Braudt (Theater BFA 14), a technical director. The production will be shown outside on Clark’s Field in Sam Breen’s (Theater MFA 11) 40-foot Spartan Trailer.