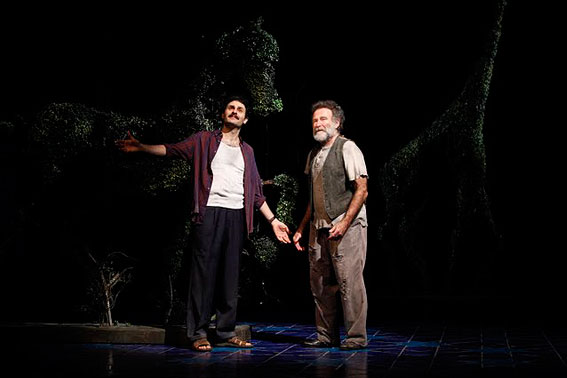 The Tony Awards and the Drama Desk Awards honor the best and brightest in New York theater, and when nominations were announced earlier this week, two CalArts’ School of Theater alumnae were among the nominees.

Cricket S. Myers (Theater MFA 03) earned a Tony nomination for Best Sound Design of a Play for Bengal Tiger at the Bagdad Zoo (starring Robin Williams); she was also nominated for the Drama Desk’s Outstanding Sound Design in a Play category for the same production.

The Drama Desk Awards, which honor productions on Broadway, Off-Broadway and Off-Off Broadway, also tapped Laura Mroczkowski (Theater MFA 02) for Outstanding Lighting Design for Spy Garbo at 3-Legged Dog. (See the video posted below about the play’s blending of theater and film.)

The 56th Annual Drama Desk Awards will be held on May 23 at the Hammerstein Ballroom in Manhattan and will be broadcast on Ovation TV in June. The Tony Awards will be televised on Sunday, June 12 at 8 pm on CBS, live from the Beacon Theater (tape delayed for the West Coast).