Earlier this week the Academy of Motion Picture Arts and Sciences announced the finalists for the 38th Annual Student Academy Awards competition. Among the nine students recognized in the Animation category was recent CalArts School of Film/Video graduate Jason Carpenter for his first film, The Renter.

Carpenter’s animated short is based on a true story from his childhood:

The Renter follows the story of a young boy who is cared for by an elderly woman during the day. Her house belongs to an aging, impoverished land, laid amongst fields of weeds and rotting pears. To earn extra money, she rents a room downstairs to a man who works in the factory nearby. Insensitive to the presence of the boy, the man is a lone, solitary creature, who goes about his business in unsettling ways. Despite the woman’s care, increasingly, the boy feels isolated and exposed to the seemingly harsh and disturbing world around him. Through a struggle he cannot fully understand, he learns that caring can be shown in ways that confuse him.

The film is a “digitally handmade” paperless production: Except for a few early drawings, the storyboards, layouts and character animation were drawn in Flash with a tablet.

This isn’t the first nod of recognition for Carpenter’s film. The Renter was nominated for a 2010 Annie Award last year, only to lose out to Pixar’s Day & Night, and it screened at REDCAT last night as part of the 2011 Experimental Animation Showcase.

The Student Academy Award finalists’ films will be screened by members of the Academy, who will then vote to select the winners. Gold, Silver and Bronze Medal awards, along with accompanying cash grants ($5,000, $3,000 and $2,000, respectively) may be presented in Alternative, Animation, Documentary and Narrative filmmaking categories.

The awards ceremony will be held on June 11 at the Academy’s Samuel Goldwyn Theater in Beverly Hills, Calif. 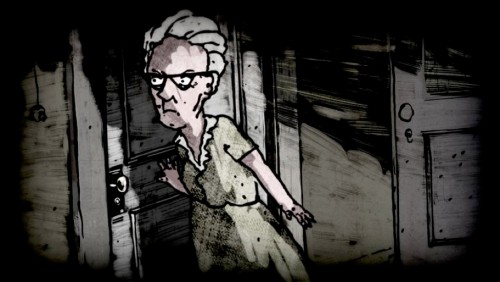 Still image from 'The Renter' by Jason Carpenter