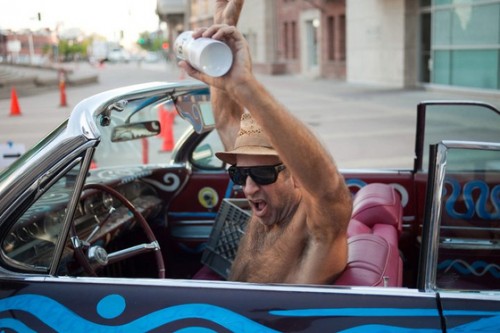 Mairs, associate dean of the School of Film/Video at CalArts and co-chair of the graduate program in Film Directing, will screen three short films, including the premiere of All that She Surveys, written by fellow filmmaker and CalArts’ faculty member James Benning. The film is the third in a series that began with Say It (2007) and The Hemingway Night in 2009. Mairs, a film editor, previously wrote Charged Symmetry: The Landscape Films of James Benning for Argos Festival 2005.

The latter film, a documentary collaboration between Meier, Malia Scharf and her father, artist Kenny Scharf, focuses on his “surrealistic pop” paintings that shook up the New York art world of the early 1980s. The film was just presented at the Levi’s Film Workshop at MOCA this past weekend.