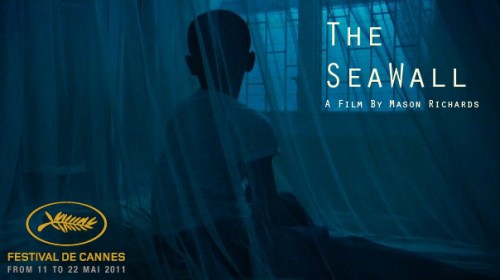 'The Seawall' is a short film set in Georgetown, Guyana.

Screening daily at the Cannes Court Métrage through May 22 as part of the festival’s Short Film Corner, The Seawall is an intimate family drama set in Georgetown, Guyana, and it features a cast of first-time, nonprofessional actors. The story deals with the relationship between a grandmother, Marjorie, and her 10-year-old grandson, Malachi, who is about to emigrate to the United States to join his mom. “Marjorie sacrifices her own happiness for her grandson’s future,” says Richards. “Although heartbreaking, it’s a story about hope and optimism.”

The production was creatively financed through a service organization called Friends and Returned Peace Corps Volunteers of Guyana.