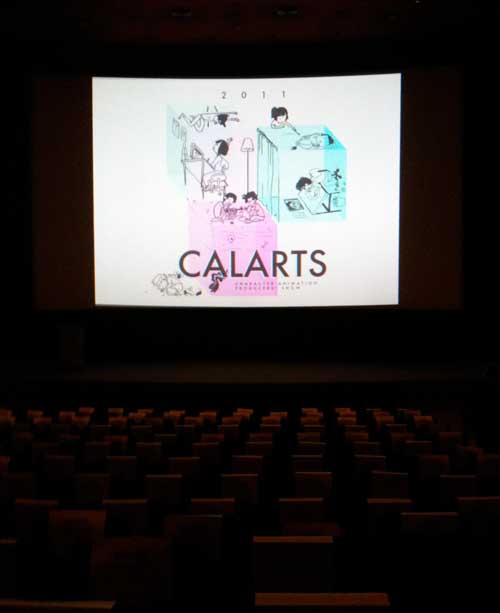 Last Thursday (May 12), animation and film industry professionals got a glimpse of work by up-and-coming artists at the 2011 CalArts Character Animation Producers’ Show. Held at the Academy of Television Arts & Sciences in North Hollywood, the event screened 22 films by CalArts BFA students.

Pixar’s Pete Docter (Film/Video BFA 90), who won an Academy Award last year for Up, made a special guest appearance at the Producers’ Show to present two awards: the faculty-scored Walter and Gracie Lantz Animation Prize (aka “The Woody Award”) to Nelson Boles for little boat and the Peers’ Pick award to Tom Law for Marooned 3.

Docter took the moment to reminisce about his time at CalArts as a student sitting in the same Producers’ Show audience. He jokingly advised the student animators to enjoy their last moments of total creative control.

We’ve posted the opening titles to the 2011 Producers’ Show and linked to the films (when available):

View additional photos from the May 18  Producers’ Show