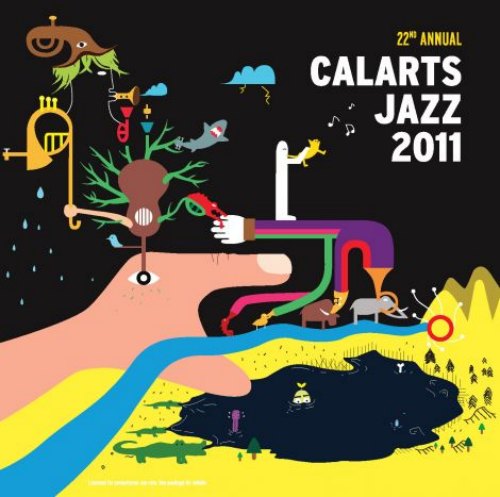 On Wednesday (May 18) CalArts Jazz Studies Program—led by David Roitstein—celebrated the release of CalArts Jazz 2011. Produced by Capitol/EMI, the 22nd edition of the CD, which is recorded and engineered each year at Capitol Studios in Hollywood, is a compilation of works written and performed by students of The Herb Alpert School of Music at CalArts.

This year’s CD features 51 musicians in 13 bands. The tracks on the 2011 CD were selected by a faculty committee, whittled down from 90 student song submissions, and were cut on schedule over a two-day period in the studios.

The music on the CD ranges from more traditional pieces to thrash jazz. We’ve posted two tracks below.

The 2011 CD will be posted in its entirety on the CalArts Jazz CD Archive page later this summer. In the meantime, all previous 21 years’ recordings are now available for download.

Let it Drip by Matt Blitzer