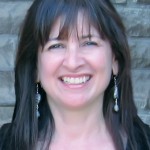 We asked Avant in a recent email interview about the festival, her work as a film composer and her time at CalArts:

24700: When did you decide to focus on film composing as a career?

Nan Avant: In my teens I was composing music in the film score genre, so the desire has always been there. After CalArts, I studied film scoring with Hummie Mann, who is the director of the Pacific Northwest Film Scoring Program in Seattle.

NA: My music degree at CalArts was in Piano Performance so I have a classical music foundation. The music of Beethoven, Ravel, Brahms, Chopin are a few favorites but I am also passionate about world music, especially the music from Latin America and Spain. I also have several film score composers whose work I admire like Ennio Morricone, Nino Rota, Hans Zimmer, Rachel Portman and Michael Giacchino, to name a few.

24700: Do you have a fond CalArts memory that you care to share?

I have so many rich memories of my time at CalArts. The friends, faculty and visiting artists all contributed to extraordinary experiences. One such experience was a Master Class I attended in Roy O. Disney Hall. This was a very intimate and unique setting with only about 10 students, and the artist was composer, Aaron Copeland.  This was magical and the kind of experience one could only have at a school like CalArts.

24700: What’s your process for scoring a film? Do you watch dailies and then compose, or do you decide on something after you’ve read the script?

NA: My process for scoring a film varies depending at which point I am brought onto the production team. If I have been contacted in pre-production, I will read the script, and if possible, be on set while filming is taking place, then I start composing preliminary sketches for themes and present those ideas to the director. More frequently, though, I am on the project in post and I score music to a final cut version of the film. There is a spotting session where music placement is decided and a discussion of music style and instrumentation takes place.

Film scoring is a collaborative partnership between the director and composer, and I see music in film as another character. It takes understanding how the director envisions music to support the film, and the more I understand what’s behind the concepts in the film, the better insight I have to composing music that reflects the director’s intention.

24700: You recently won two gold medals at the Park City Film Music festival. Will you describe the projects?

NA: The comedy, Three Actresses Walk Into A Bathroom, and the drama Three Mothers, both had female protagonists that dealt with completely different female issues. The first film—which is screening in Pasadena this month—takes a look at how actresses confront issues of confidence and competition to fight for a role titled, “Junkie Whore With a Heart of Gold #2.” My score takes on the high energy, nervousness and trademarks of the actresses competing for that role.

Three Mothers is an intense drama dealing with the issues of mothers, daughters, foster children and the complexities these women face. Truths are uncovered and family secrets revealed. The music for this film was clearly derived from my classical background, and I used flute, piano and strings to create a sympathetic and dramatic score.

24700: Do you have advice for those who are outside of LA and NYC on how best to network/secure additional film projects?

NA: I am based in Seattle, which has a burgeoning micro independent film industry, and I work with directors from New York, LA, San Francisco, Seattle and Portland. One of my objectives, when I am in New York, Los Angeles or other cities, is to connect with filmmakers and directors. I am a member of several filmmaker organizations, based in New York and LA, and when I attend film festival screenings of films I have scored, I include in my schedule at least one of the filmmaker organization events, this way I am always meeting new filmmakers.

I keep up with my connections and make new ones, via social media. Of course, being there in person is ideal, but if you live outside of NYC or LA, then you have to be resourceful. By using Skype, Dropbox and digital sequencing software, I was able to compose music for an animator in London and provide music tracks to a filmmaker’s documentary from New Zealand, all via the web.

Listen to additional tracks from Avant on her website.