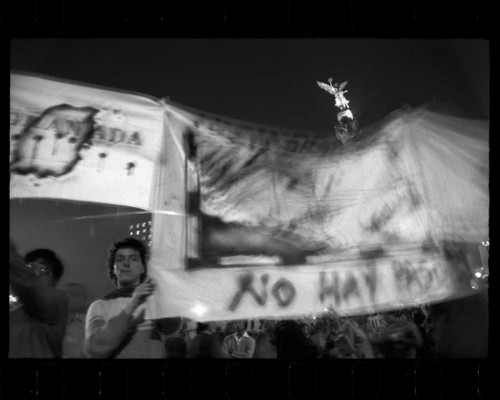 Portrait of an Artist as a Young Man: Works by Rubén Ortiz-Torres draws largely from his earlier works, inspired by the Mexico City punk scene of the early 80s and 90s—when punk music was deemed too radical for the airwaves and concert halls.

In addition to drawings and video, the show includes photos from his MexiPunx series that illustrate the artist’s close ties to his subjects and the anti-establishment aesthetic.

Ortiz-Torres, a longtime professor of Visual Arts at the University of California San Diego, began his career as a photographer, printmaker and painter, but has over the years produced bodies of work in a variety of media including film and video, sculptures, customized cars and machines, and performance.

In conjunction with the the San Diego Museum of Art exhibition, Ortiz-Torres has contributed an essay to Punkademics, a forthcoming anthology-meets-academic study of punk, edited by Zach Furniss.

Portrait of an Artist as a Young Man: Works by Rubén Ortiz-Torres
At the San Diego Museum of Art (Balboa Park)
1450 El Prado, San Diego
Through October 30, 2011