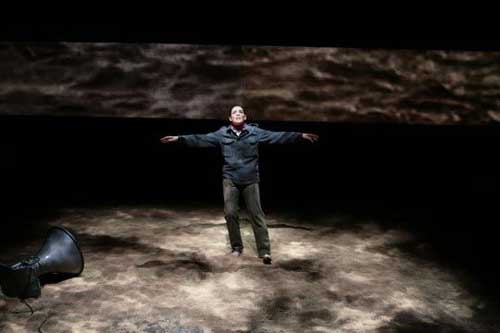 Marissa Chibas in 'Daugher of a Cuban Revolutionary' | Photo: Steven A. Gunther

Each summer Edinburgh, Scotland, becomes the focal point of the international arts and theater spectrum, with seven festivals taking over the Scottish capital in August. The largest and most influential of these is Festival Fringe, which last year staged a staggering 2,453 shows and more than 40,000 performances.

The majority of the works produced by CalArts Festival Theater will take place at Venue 13, which was launched in 1996 by the Royal Welsh College of Music and Drama to promote new Welsh talent on a world stage. For the past eight seasons, Venue 13 has been run in collaboration with CalArts, presenting productions from emerging artists from both Wales and California.

Here are the CalArts Festival Theater productions at the Edinburgh Fringe:

Keep reading 24700 for updates from the Festival over the next few weeks.