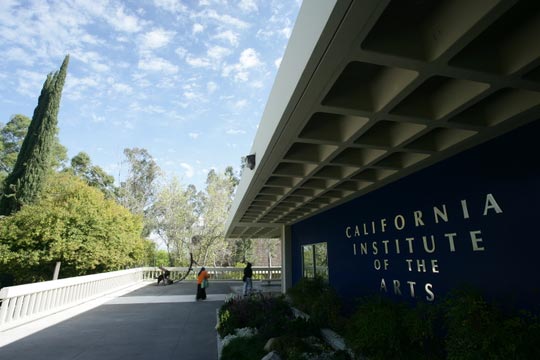 The Hollywood Reporter (THR) just released its inaugural list of the top 25 film schools around the world—and CalArts is ranked 6th on the list.

Compiled by a mix of THR staff with help from industry insiders, executives, filmmakers and film school grads, the participants rated each program in the following categories: Alumni / Cost / Facilities / Industry Access / Strength of Faculty.

CalArts’ School of Film/Video—with nearly 375 students enrolled last semester—is in the company of some of the larger film schools throughout the country, including NYU, USC and UCLA.

Here’s what The Hollywood Reporter noted about CalArts:

CalArts is way beyond what founder Walt Disney could imagine. “It is a paradox, an experimental art school,” says CalArts School of Film/Video Dean Steve Anker. “You usually have music, theater, dance conservatories and art schools, but you don’t have them under the same roof.” Anker’s film/video school is most famous for training animation talents, but besides character-based and experimental animation, you can study dramatic narrative, documentary, experimental live action, multimedia and installation. CalArts-spawned geniuses like John Lasseter and Tim Burton can do more than draw — they can draw on the artistic talents around them. Says Anker: “CalArts in general, and certainly the school of film and video, is this very large laboratory for the creative arts.”

The 25 best film schools in the world: