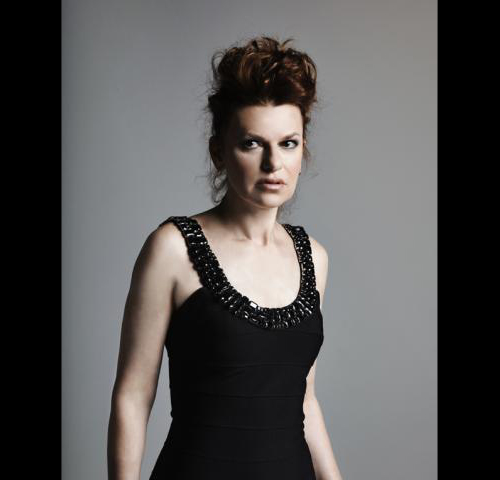 Sandra Bernhard performs her blend of music and comedy at REDCAT.

Starting this Thursday, Sandra Bernhard, known for her outlandish live comedy, appears at REDCAT this week for a special, intimate engagement of her latest show, I Love Being Me, Don’t You?

Bernhard, who began performing stand-up in the late 1970s, has had a career as an actress, singer and author. Her work has appeared in runs off-Broadway, as well as numerous tours throughout the U.S. and Europe.

She’ll be backed by a rock band for the REDCAT run, which is largely based on her acclaimed new comedy recording of the same name.

In a recent interview with Los Angeles Downtown News, Bernhard discussed the development of the album I Love Being Me, Don’t You? as well as her signature style that blends music, comedy and an “edge” factor:

Q: I Love Being Me, Don’t You? is your first comedy album in a decade. How did it come about?

A: It happened spontaneously. I was performing [at the Castro Theater in San Francisco] and it happened to be a great night. Afterwards, I asked my tour manager if the record company recorded it, and they had. But I had no intention of doing it that night to be recorded. That’s why it’s so good. Anytime you do anything live and you know it’s going to be recorded, it’s never as good.

Q: How do you weave the stand-up and the songs together?

A: I never think about it intentionally. I’ll hear a song and I’ll say, “Oh my God, that would be a cool lead-in to something.” …

To give you an example, I want to do a quick short piece about all the cars I’ve owned in my life, which are only like five cars, and then lead in to this song by the Saturdays, “Forever Is Over.” It’s this corny girl group song, but talking about my cars and leading into it made sense to me — I can’t even tell you why. I’m going to attempt to do that in L.A. as a new piece….

Q: Do you think that contentedness dilutes your art?

A: I can still totally be bitchy, but it’s not the driving force anymore. A lot of that was developed in my early career because I needed it to survive working onstage in a male-dominated comedy world. It worked, and people seemed to relate to it. I was that edgy person everybody thinks is cool. I’m not so much that now, but I can pull it out if people want it — in small doses. It’s very exhausting to maintain that if it’s not relevant to your life anymore. That doesn’t mean I have lost my edge or my concern about the survival of humanity. There’s just different ways of expressing it.