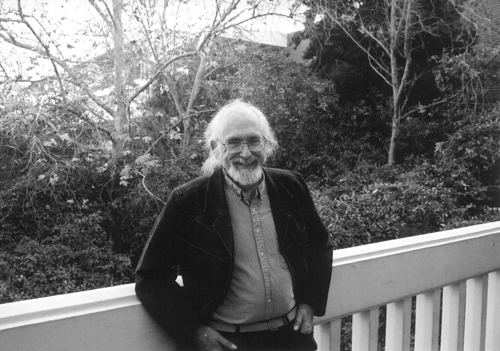 CalArts learned Monday of the passing of Cornelius  “Corny” Cole III at the age of 80. A beloved member of the School of Film/Video’s faculty for more than 15 years, the Character Animation legend was also an accomplished illustrator, painter and graphic designer.

A native of Southern California, Cole studied at Chouinard Art Institute, and began his long career in animation as an “in-betweener” on Lady & the Tramp for Walt Disney. Best known for the personal touch he brought to animated TV shows such as The Chipmunks (1983), The Pink Panther (1969), and My Little Pony ‘n Friends (1986), Cole’s feature films for Chuck Jones include Gay Purr-ee (1962) and The Phantom Tollbooth (1970).

At CalArts, where he taught since 1992, Corny Cole will always be remembered as a mentor, friend and teacher. He taught Life Drawing and Skill Enrichment for Animators to many of today’s leading artists in the animation industry and was often cited as an important influence among student animators interviewed for 24700.

From Don Hall, co-director of this summer’s Winnie-the-Pooh:

I think my favorite memory from CalArts was the salute to Corny Cole we did my senior year (2005). bunch of us got together AFTER we turned our films in for the Producer’s Show, and animated 15 little “Corny Moments” that played as interstitials throughout the show. They were a huge hit, and the best part is, we kept it a secret from Corny, so we got to watch him enjoy them at the show. Awesome moment….

Molinsky still remembers CalArts animation faculty member Corny Cole telling him that his drawings used too many formulas, so Cole made him draw with a pencil attached to a stick in his left hand (Molinsky is right-handed) in order to draw more “honestly and sincerely.” He now illustrates his subway sketches using another crude instrument—his index finger on the iPhone.

“Everything I do, I’m using the skills I learned at CalArts,” he said. “I may still use formulas in my drawings, but I use them a lot less.”

CalArts sends its condolences to the Cole family. Numerous other tributes are pouring in from his former students, colleagues and friends on social media sites. Please feel free to leave your fondest remembrances in the comments section below or on Facebook or through Twitter.

The Cole family requests that messages of sympathy and condolences be sent to:

A scholarship fund has been established in honor of Corny’s extraordinary educational legacy to benefit animation students in the School of Film/Video.

Memorial gifts may be made online (note “Corny Cole Scholarship” in the special instructions box) or may be sent to: