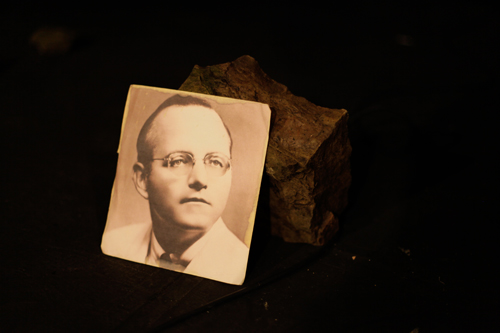 Photo of Eduardo Chibas in 'Daughter of a Cuban Revolutionary' | Photo: Lily Gottlieb

Performers and production teams from CalArts School of Theater hit the ground running last week at the 2011 The Edinburgh Festival Fringe—the largest arts and theater festival in the world. 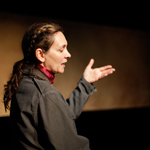 One of the first shows making a big splash across the pond is Marissa Chibas’ solo, autobiographical production Daughter of an Cuban Revolutionary, which debuted at REDCAT in 2007.

Chibas, Acting faculty at CalArts, portrays three influential figures in her life, who were also major players during the Cuban revolution: her father, Raul Chibas, who helped Fidel Castro write the revolution’s manifesto; her mother, Dalia, the 1959 runner-up for Miss Cuba; and her uncle, Eduardo Chibas, the reformist frontrunner for the Cuban presidency in 1951. It was Eduardo, frustrated by his inability to effect change, who took his own life during a live radio broadcast. Unfortunately, his timing was off and the incident happened during a commercial break.

Chibás is driven to tell the story of her family and she tells it passionately, expertly and beautifully. The question she poses – when did capitalism and democracy became inextricably intertwined – is potent; the scene where she spreads photos of her family about the stage, curiously affecting. This terrific, essential show offers a touching tale of a daughter desperate to find her roots and a fascinating insight into the inner workings of a revolution. ¡Cuba! ¡Acuérdate!

Keep reading 24700 as we continue to post updates from The Fringe.