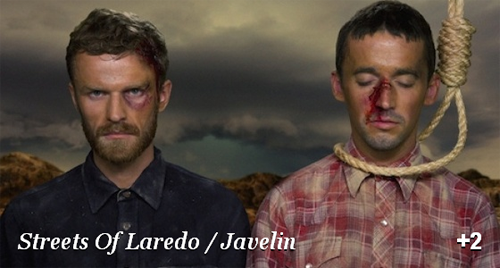 Musician and web developer Adam Florin‘s (Music MFA 11) new site, Rebakery.com, is a social, creative site where online music geeks can remix each other’s work. Amateur and professional music producers alike can sign up for a free account to remix an original track or to further remix others’ versions of the same piece. Or, they can upload their own songs in separate, remixable parts called “stems.”

Florin first thought of an ongoing, recursive remix project back in 2003, choosing the name “Rebakery” because he sees remixing as something both culinary and social.

“I’m trying to tap into the vast, emerging class of ‘bedroom producers,'” he says. “I was making music on my computer as a high-schooler in the ’90s, but now there must be 100 times as many kids playing around with sound, as the software and hardware have gotten a lot better and cheaper in the past decade.”

Notable musicians such as the Lucky Dragons and Javelin have contributed tracks to the site. “But at the same time, some of our best mixes are from people I don’t know in places like Berlin and Mumbai,” says Florin. For example, CalArts music producer Duncan Woodbury (Music BFA 11) uploaded a track which was remixed the following day by a user in North Carolina.

“A remix gives someone the opportunity to reimagine one’s own work as well as closely engage with someone else’s creative process,” Florin adds. “Being remixed is like hearing your own music through someone else’s ears.”

Below is Javelin‘s original track, Streets of Laredo:
12_Streets_Of_Laredo_128k
Followed by Rebakery user Manhood‘s remix of the track:
Javelin_Steets_of_Laredo_-Manhood_Remix
Go to the track’s page to see the tree of remixes and to remix your own version of either track.