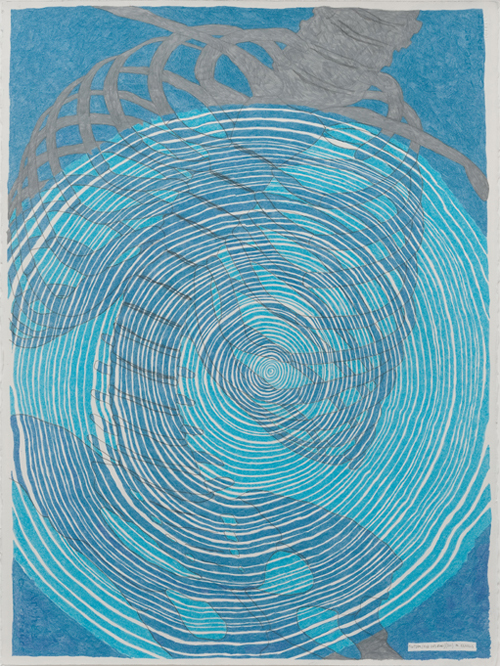 CalArts’ Program of Art co-director Martin Kersels’ new exhibition at ACME Gallery, titled Passionista, features new drawings and sculpture, and a table of merchandise (for sale) created by Kersels, Johnnie Jungleguts (Art BFA 12), and Anthony R. The artists will donate half the proceeds from the items sold on the merchandise table to The Gibbon Conservation Center.

Best known for his work as a performance artist in the 1980s, The Los Angeles Times more recently dubbed Kersels a “performance sculptor.” His piece Charm, which features a giant wooden vulture hanging from the ceiling of ACME, is a case in point. The bird baits the audience with a long microphone dangling by its side. Kersels constructed most of his new mixed-media work with wood and audio equipment and builds on the playfulness of his earlier work with pieces such as Chaircrow, an unconventional scarecrow fabricated from a chair and layered t-shirts.

The drawings featured in the show reveal an aspect of Kersels’ work previously absent: all focus on the human skeleton and the natural world (e.g., stars and spiderwebs), marking parallels between internal and external environments.

Kersels’ work resides in the permanent collections of noted museums including MoMA, LACMA, MOCA Los Angeles, and The J. Paul Getty Museum. In 2008, the Guggenheim Award recipient’s work was the subject of a widely acclaimed one-man show at the Santa Monica Museum of Art, Heavyweight Champion.