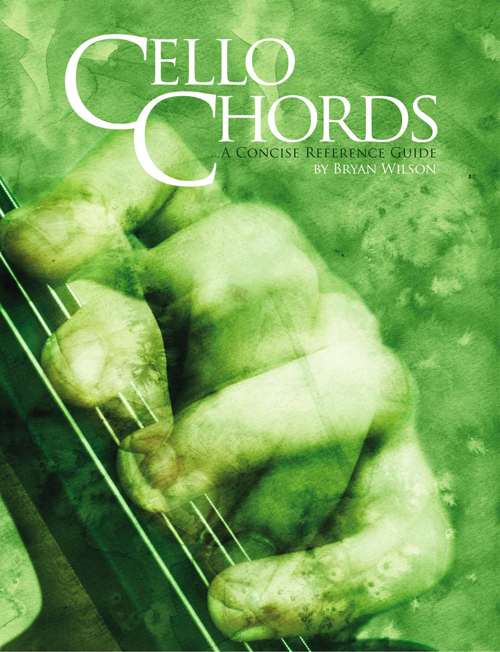 Cellist/comedian Bryan Wilson (Music BFA 11) recently celebrated his graduation from CalArts by releasing a book titled, Cello Chords. The reference, which Wilson claims as “the only book on the market to focus solely on the cello’s massive chordal potential,” catalogs the various chords that can be produced by the modern cello. Wilson claims that cellists and composers alike from all genres of music can benefit from the reference.

BW: The idea came to me after I went to the New Directions Cello Festival, a festival focused on non-classical cello playing, in 2008. I met a fellow cellist who was not classically trained and had a really cool approach to the instrument. He told me he liked to figure out all the different ways he could to play different chords on the cello. I thought this was a really good idea, so when I went home I tried to do the same thing. I quickly said to myself, “Okay, this is way too boring and tedious to figure out on my own. Someone must have written a book about this.” But no one had done it. I was shocked. I spent the rest of the summer writing down cello chords, since I had plenty of free time as a lifeguard at a condominium pool. Luckily, nobody drowned or I probably would be telling you this from prison. I’m not a lifeguard anymore, don’t worry.

24700: Have you been compiling the book ever since?

BW: I spent the next three years while I was at CalArts working on it in very small fits and starts. I was mostly preoccupied with school, so I didn’t devote a lot of time to it. But I knew I would have a lot of time after I graduated in May (yay unemployment!), so I spent this summer finishing it.

BW: I started playing cello at age 9 and making comedy after my first year at CalArts. At the time, I got injured after practicing so much and I was really frustrated. I had already written about five really dirty comedy songs over the past two years and said to myself, “You know what, I’m gonna take these songs on stage.” I love to make people laugh and I like making music, so it was only natural for me to put the two together.

BW: Kind of. At first I just wrote songs for my friends and usually I’d record some cello tracks just because I thought it made the songs even more ridiculous. They’d usually contain a lot of profanity, explicit imagery, self-deprecation, etc. They weren’t things I wanted my mom to hear. In fact, when I told her I wrote a comedy song once she said, “Bryan, are you writing any beautiful music?” Obviously, writing songs about searching for promiscuous women on Craigslist wasn’t exactly beautiful to my mother. When I started doing stand-up comedy, I knew I’d have to bring my cello on stage so I could sing my songs.
—

Below is Wilson’s audio comedy sketch of fake reviews for his book:
[audio:https://blog.calarts.edu/wp-content/uploads/2011/09/fakereviews.mp3|titles=fakereviews]