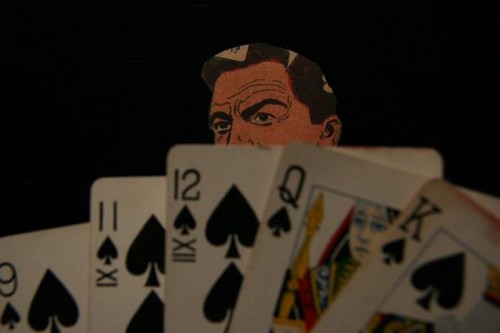 'The Pettifogger' by Lewis Klahr screens at NYFF this weekend.

The 49th New York Film Festival (NYFF) opened last Friday (Sept. 30) with an unprecedented 13 films and installations by CalArts School of Film/Video students, alumni and faculty on the festival’s schedule.

The films will screen at Lincoln Center this weekend in the NYFF’s Views From the Avant-Garde—one of the world’s most prestigious annual celebrations of experimental film and video.

Other CalArtians in the New York Film Festival: