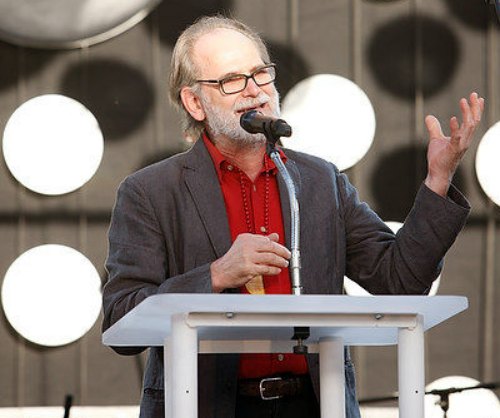 The Music Technology program in The Herb Alpert School of Music at CalArts’ welcomes sound sculptor, inventor and composer Trimpin to its Visiting Artist Guest Lecture Series tonight from 6:30-8 pm.

The German-born, Seattle-based artist, who received an honorary degree from CalArts in 2010, is known as trailblazer in music technology for interfacing computers with traditional instruments.

In 1997, Trimpin was awarded both a MacArthur “Genius” Grant and a Guggenheim Fellowship, yet the artist is noted for shunning both the spotlight and commercial enterprises. He’s never been represented by a gallery or dealer, and recordings of his work have never been released commercially.

He was the subject of Peter Esmonde’s 2009 film Trimpin: The Sound of Invention, which was just released on DVD. (Watch trailer below.) Filmed during a two-year period, the documentary follows the artist/inventor as he develops a perpetual motion machine, builds a 20-meter tower of automatic electric guitars, and collaborates with the Kronos Quartet.

From the director’s statement:

More than anything else, this is a film about creativity and creative processes. We deliberately set out to document an accomplished artist working closely with a variety of media and materials; collaborating with people from many disciplines; and creating work that could not be evaluated by any single set of esthetic criteria. Following Trimpin around for almost two years, we captured more than we’d hoped.