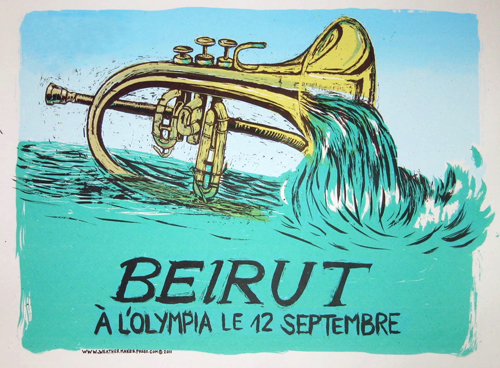 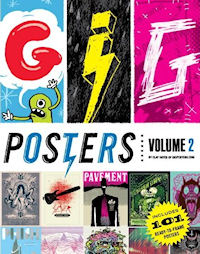 Kelly’s work is featured in Gig Posters Volume 2, a new book chronicling 700 posters from the archives of GigPosters.com, an online store for concert poster art.

The publication, edited by Clay Hayes, allows the reader the opportunity peek inside the artists’ portfolios to see how these art-and-music works came to be. The imagery includes illustration, photography, collage and typography, which bring the “contemporary music scene to visual life for a generation of fans who’ve grown up in the post-album-art era.”

While most design is now computer-generated, gig posters use a more hands-on approach. Notes Kelly: “These are hand-designed and hand-printed using serigraph (silkscreen) techniques, a very distinguishable feature of the gig poster scene.”

The book, with six of Kelly’s posters under her publishing moniker Weather Maker Press, goes on sale tomorrow (Nov. 1).

In addition to gig posters, Kelly has created posters for several museums including The Getty, The Andy Warhol Museum, MASS MoCA and The Wexner Center.