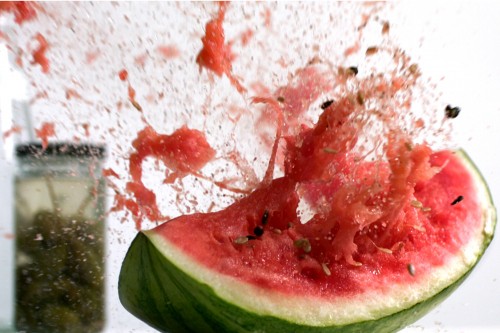 Natasha Subramaniam (Film/Video MFA 08) and Alisa Lapidus (Film/Video BFA 06), who collaborate on films that explore gastronomy, screen their film Zergut at the Chinese Theater on Nov. 8-9. It had its North American premiere earlier this year at the 2011 Telluride Film Festival and in Asia Pacific at the 2011 Melbourne International Film Festival.

From a recent writeup of food-related shorts in the LA Weekly:

…Zergut explores a food fight that takes place between the lonely forgotten foods in the back of the refrigerator and the fresh items in the front.

“We wanted to depict a rivalry between foods, plunging into the underworld of what exists in a fridge… showing the beauty of the overlooked, of things like mold. We like to think of it as a deep exploration of food, and it’s significance in our lives,” says Subramaniam.

Subramaniam, Lapidus and their director of photography, Oliver Fitzgerald, shot a painstaking 60-150 frames per second in Subramaniam’s Hollywood home. One of the bigger challenges was maintaining continuity when working with organic objects in such a small, enclosed space. What was even more challenging, though, was dealing with the smells — and getting housemates to empathize with them….

Ultimately, though, there’s a smooth, ethereal lyricism to Zergut. 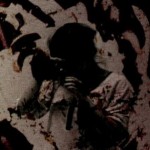 Mina Park, a current MFA student in the Experimental Animation program, presents her short film I Saw Your Sister Yesterday on Nov. 9-10. First shown during the school’s 2010 Experimental Animation Showcase, the short is an abstract examination of the social restrictions placed on women stemming from prejudice, sexism and social norms.

The AFI Fest—now in its 25th year—celebrates international cinema from modern masters and emerging filmmakers. The festival’s 2011 program includes 110 films (70 features, 40 shorts) selected from more than 3,000 submissions. The festival is recognized by The Academy of Motion Picture Arts and Sciences recognizes  as a qualifying festival for the Short Films category of the annual Academy Awards.