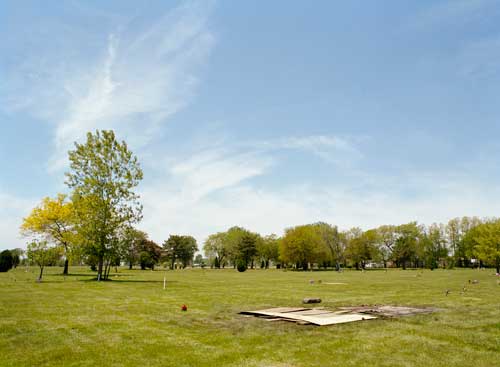 In 1955, 14-year-old Emmett Till was mutilated and murdered in Mississippi for whistling at Carolyn Bryant: Till was African-American; Bryant was white.

When Till’s body was recovered from the Tallahatchie River, he was almost unrecognizable—from the savage beating, shooting and the bloat from the water. His mother, Mamie Till Bradley, insisted that her son’s body be returned to Chicago for burial; and in a decision that would eventually help catalyze the Civil Rights movement, she also insisted on an open-casket funeral.

Photographs of his corpse in the coffin circulated around the country, most prominently in Jet magazine.

[English] considers a number of contemporary photographs that indirectly pose heretofore unasked questions about Till’s historical subjectivity, the event of social transgression, and art’s ability not merely to reflect, but to intervene substantively in debates about how we remember Till.

Following the lecture, CalArts faculty member and series curator Douglas Kearney will moderate a Q&A with Darby, whose essay “Emmett Till Ever After,” will appear in Black Is, Black Ain’t, a book forthcoming from the Renaissance Society of the University of Chicago.

Below is an NPR commentary on how the Till imagery impacted columnist Clarence Page.