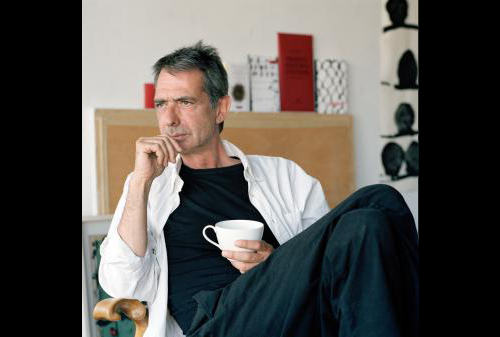 On Dec. 13, CalArts President Steven D. Lavine welcomes Barcelonian painter, sculptor, filmmaker and scene designer Frederic Amat to REDCAT. Featured as part of the President’s Forum series, Lavine leads a discussion with Amat on “the convergence of influences in the Catalan artist’s wide-ranging practice as well as the dynamics of producing creative work across various media.”

Amat’s broad concept of painting has allowed him to create set designs for dance and theater stagings of texts by García Lorca, Samuel Beckett, Bernard-Marie Koltès and Octavio Paz. His illustrations for literature include The Thousand and One Nights and The Odyssey, and he has developed interventions in architectural spaces that combine painting, sculpture and ceramics.

Amat has also extended painting into the field of cinematography with films such as Viaje a la luna (A trip to the Moon), Foc al cantir, El Aullido, Danse Noire and Deu Dits. He has been the subject of retrospectives in the Museo Rufino Tamayo in Mexico City as well as the Miró Foundation in Barcelona.

In addition to discussion, REDCAT screens Amat’s newly completed film, Forja, which is inspired by the façade of La Pedrera, a museum in Barcelona. Designed by Catalan artist and architect Antonio Gaudí, the undulating walls of the building’s exterior and balconies are featured in the film.

Below is a clip from Forja: