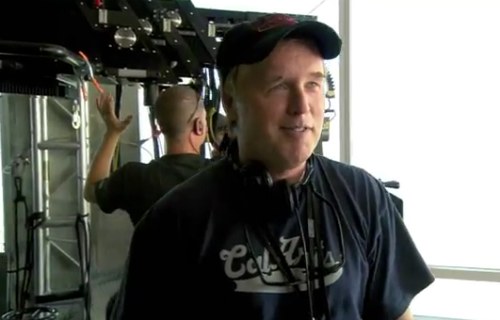 A recent Movieline interview asked Bird how his prior work informed his approach to Ghost Protocol:

Animation helped me because it teaches you to pre-visualize. You have to imagine what everything is going to be before you realize it. The way I was trained in animation was with hand-drawn animation so, in that instance, you’re literally sitting down and drawing everything. I’ve done storyboarding for films. The idea of pre-visualizing — I’m wired for that. I think if I had gone from a hand-drawn film, which my first film Iron Giant was, to live action, it would have been a bigger jump than it was to go from Incredibles and Ratatouille, where I’m working in computers and able to move cameras through space and light it as if its a real, physical world. Because I was familiar with that and able to orchestrate shots with the CG camera, it was a pretty comfortable transition….

The film is opening to early positive reviews with many critics pointing to the jaw-dropping action sequences, including a Tom Cruise stunt atop the world’s tallest building—the Burj Khalifa—in Dubai, UAE. We found a featurette online of Bird directing the Burj Khalifa scene with Cruise dangling more than a half-mile above ground. Pay particular attention to Bird’s choice of attire in the video.