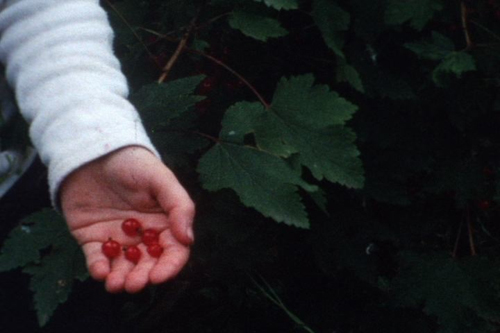 McCaffrey’s films cover subjects “who appear to be mis/displaced in the world and the shifting regions they encounter.” Currently working with an itinerant geologist on survivalist living in the Mojave region, McCaffrey’s films have featured Sikhs in the California desert, young female truck drivers on the American interstate and nuns as riverboat captains. Tonight, she screens her half-hour film, Castaic Lake (28:30, 16mm, color, sound, 2010):

Taking its course, the camera drifts in to the coves and surveys the shorelines of a multi-use reservoir to unearth fragments of its young history and consider a series of possible relationships to this artificial environment. Visits are filled with a sense of potentials and the unseen, the lake’s surface separating what is buried and what is to come. Municipal mobilizations, recreational episodes, and small pageants trace this body’s perimeter. 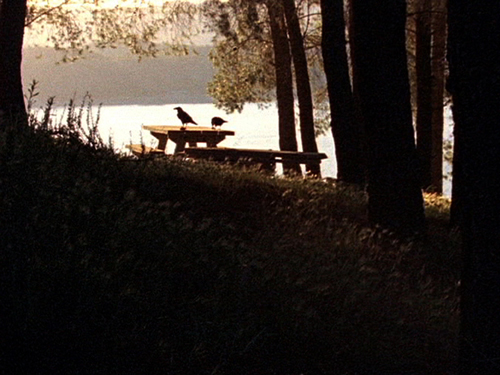 Jonsdottir, originally from Iceland, spent most of her summers as a teenager packing lobster in the local freezing factory and “hanging out behind the kiosk with her friends.”  Her films have recently been screened in galleries and festivals in Europe and the United States, and she presents five of her short films tonight.

Three short portrait films, of my grandfather, my niece and the neighborhood where I used to live in Newhall.

A young woman discovers a magical chamber in her house. After entering the chamber she begins experiencing a fluid movement in time; the borders of dream and reality blur and unfamiliar characters start appearing in her house.

Ten years ago, traveling through South America, I befriended a family of Huitoto Indians living in the Colombian Amazon. In 2011 I returned to see if I could find them again, and to begin filming a piece on the landscape of the Amazon, the plant medicine used by its indigenous cultures, and the spirit world of the jungle.