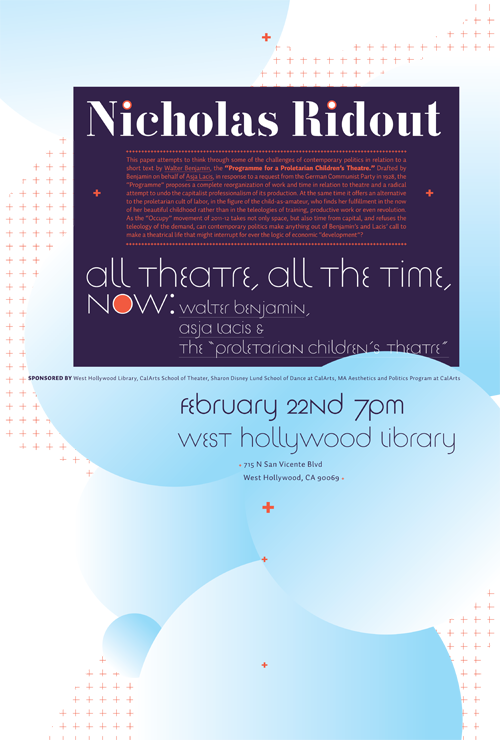 Ridout, who teaches at the Department of Drama at Queen Mary, University of London, discusses his paper All Theatre, All The Time, Now: Walter Benjamin, Asja Lacis & The ‘Proletarian Children‘s Theatre.’

More about Ridout from WHAP!: 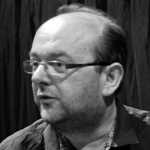 Nicholas Ridout’s work is concerned primarily with a political understanding of the theatrical event as an instance of cultural production, an affective experience and a mode of social organisation.  Current projects include a book on work in modern theatre. Provisionally titled Passionate Amateurs: Theatre, Communism and Love, this book takes the figure of the amateur—understood as the person who makes theatre out of love—as a way of developing a theoretical and historical account of the idea of community in twentieth and twenty-first century theatre and performance.

Elswit, an academic and dancer, will bring her expertise on performing bodies, cultural analysis, dance history, performance theory, German studies and experimental practice, to the conversation.

The WHAP! Lecture series, which began last fall, includes a variety of programming, ranging from critical and political theory to film screenings and conversations about art and architecture. Today’s lecture is sponsored by the City of West Hollywood, the CalArts Aesthetics and Politics MA program, CalArts School of Theater and the Sharon Disney Lund School of Dance at CalArts.

A list of the remaining WHAP! lectures this spring: