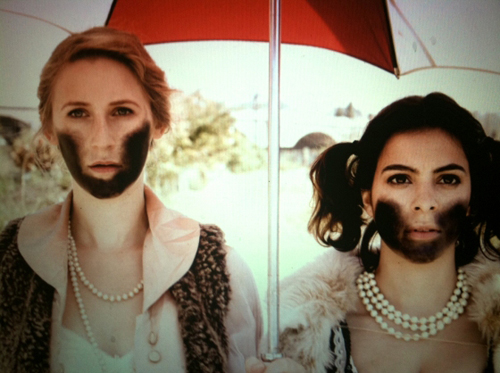 The 60-minute work-in-progress, 'Breaking and Entering,' is a collaboration between dance, music and art student.

The CalArts School of Theater’s New Works Festival (NWF)—an interdisciplinary, student-run festival that fosters opportunities for collaboration among all schools of the Institute—opened on Saturday with 50 scheduled events over a 16-day period.

The festival celebrates the talent of CalArts students, allowing them the freedom to play and experiment through immersive risk-taking in new works, in which the process is valued above the end result.

“Last year, we expanded festival projects to include all the schools. This year, we encouraged the collaboration to occur between the schools. As a result we had a lot of successful cross-pollination on projects this year,” says producer Meg Annand (Theater  MFA 13). “I can proudly say that almost all of the projects incorporate students from at least 2 schools.”

Annand also says that many projects incorporated more interesting space usage this year. Project venues range from CalArts elevators and hallways to The Walt Disney Modular Theater to even the trees behind the campus tennis courts.

For the full festival schedule, visit the NWF site.