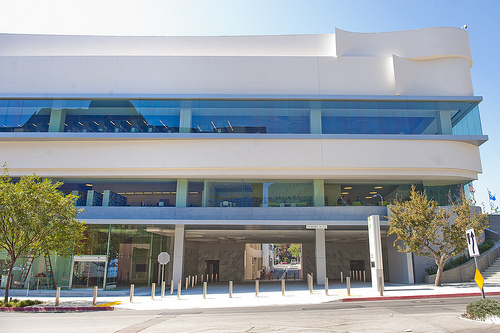 D’Amico, who came to CalArts for the MA in Aesthetics and Politics Program as a mid-career professional in the architecture and construction industry, worked with CalArts faculty members Arne De Boever and Martín Plot to develop the series to explore topics on the intersection of art, science, philosophy and politics.

Klein, an urban and media historian as well as novelist, has written about LA and its environs in his book The History of Forgetting: Los Angeles and the Erasure of Memory as well as the data/cinematic novel, Bleeding Through: Layers of Los Angeles, 1920-86 (DVD-ROM with book).

In his practice with Workplays studio*architecture, Abramson focuses on design that reflects “fresh thoughts about lifestyles and living patterns through a careful study of site and environmental forces, typological conventions, and forward-thinking building practices.”