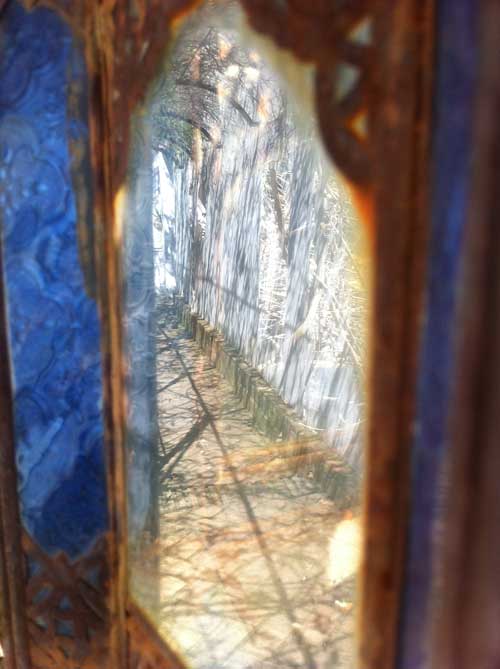 The Fifth String, a play written by Janet Sternburg, will be produced in a staged reading on Saturday (May 12 at 3 pm) at La MaMa Theatre in New York.

In The Fifth String, a long-lost family manuscript sparks a journey across space and time. The historical musician Ziryab joins up with three couples of various ages, along with Señor Truco (“The Trickster”), to embody such great cultural figures as Ibn Arabi and Maimonides, as well as the Jewish and Moorish exiles from Spain and, the displaced peoples of the modern era. In the program note for the play, Sternburg writes, “I’ve placed the Andalusian time of creative ferment and expulsion in juxtaposition with our own time of diasporas and migrations.”

Sternburg, a writer whose books include the classic two volumes of The Writer on Her Work; the memoir, Phantom Limb; and the poetry collection, Optic Nerve: Photopoems, is also a fine art photographer whose work has appeared in solo shows in Berlin, Korea, Mexico, Los Angeles and New York, as well as in Aperture and Art Journal. The Fifth String is her first play; to date, it has been given a reading in Berlin; a workshop at Pact Zollverein in Essen; and a series of developmental workshops produced by Loose Change Productions, directed by Carey Lovelace (Music/Critical Studies BFA 75) in collaboration with La MaMa Theatre, culminating in the upcoming staged reading.

A number of other CalArtians are involved in the production: Marissa Chibas, School of Theater Faculty Member, is in the acting ensemble, along with New York-based alumni John Daggett (Theater BFA 82); Robb Martinez (Theater MFA 07); Sean Lynch and Jesse Bonnell of Poor Dog Group (both Theater BFA 07). The Fifth String is directed by Rebecca Johannsen who is also co-producing a cycle of the plays of Erik Ehn (Dean, CalArts School of Theater from 2005-09). Sternburg herself is a former School of Critical Studies faculty member as well as life and work partner to her husband, CalArts President Steven D. Lavine.

Sternburg became involved several years ago with Andalusian pre-Expulsion culture, becoming deeply moved by its richness and beauty, much of it only recently uncovered. She sought out its history, its literary and performing traditions, and came to realize that the pre-Expulsion era of La Convivencia (living together with difficulty but productively) presses on our current time of divisions among peoples and faiths. Using lyrical language, song and humor, with voices that reach across time and space to converse with one another, Sternburg’s work poignantly speaks to the desire for home and history.