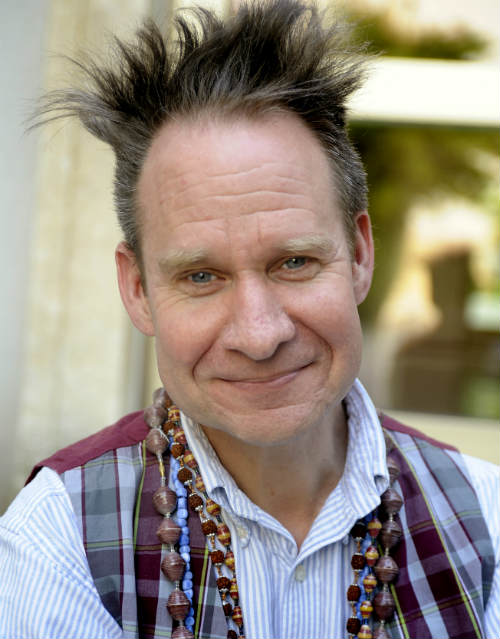 Peter Sellars to be honored at CalArts. (Photo: Ruth Walz)

Sellars, who was honored last month with an Opera News Award by the Metropolitan Opera Guild, has pushed the boundaries of the performing arts during his three-decade career, reinterpreting classic works from both western and non-western cultures.

A proponent of cultural activism, Sellars is committed to examining the role of the arts in contemporary society:

Few artists have the ability to draw truly meaningful connections between their present circumstances and the great artworks of the past; fewer still are honest and perspicacious enough to create something that can anticipate the memories of audiences in the future. In making himself an artist whose preoccupations and concerns grapple with nothing less than the fate of humanity, Peter Sellars has created a body of work that will transcend epoch and place, style and fad. It will be esteemed as timeless, because it will still find a way to speak directly to audiences even after our time has run out.

– Adam Wasserman in the Opera News

Sellars first gained recognition in the 1980s through the nontraditional staging of several of Mozart’s works: Le nozze di Figaro was set in New York’s Trump Tower; Così fan tutte at a Cape Cod diner; and Don Giovanni in Spanish Harlem, with performers and staging reminiscent of a blaxploitation movie.

He’s also one of composer John Adams’ closest collaborators, writing and directing the libretto for Adams’ Dr. Atomic, about Robert Oppenheimer and the development of the atomic bomb, for the San Francisco Opera (2005), De Nederlandse Opera and the Chicago Lyric Opera (2008).

Here is the Don Giovanni Finale, Act I: