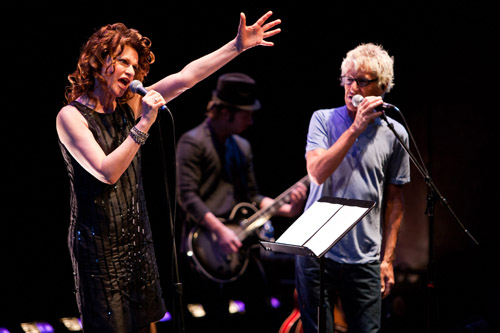 More about the show from REDCAT:

The all-new production takes its name from Bernhard’s appearances as a “pop culture anthropologist” on Bravo TV, but there are no censors and nothing is sacred when Berhard takes the stage to journey through the worlds of contemporary culture, politics and celebrity. Backed by a high-octane rock band, Bernhard delivers incisive commentary with her signature irreverence and raunchy charismatic charm.

Bernhard, who returns after her run of I Love Being Me, Don’t You? at REDCAT last August, first gained attention in the late 1970s with her no-holds-barred style of stand-up comedy and has since appeared in numerous films and television shows as well as released several albums and books.

Watch an excerpt from her “pop culture anthropologist” bit on Bravo’s Watch What Happens Live over at Hulu.