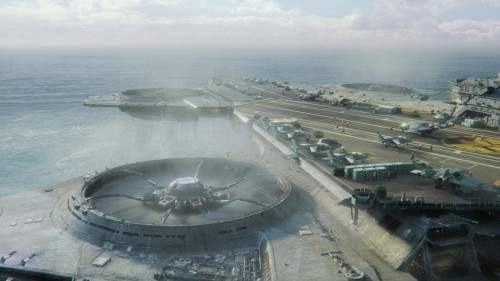 The "Helicarrier" from Marvel's 'The Avengers' (2012). | Photo: Walt Disney Pictures

With the summer blockbuster season in full swing, Marvel’s The Avengers is leading the pack of highest earning films to date, grossing about $1.4 billion worldwide. The film, which is also among the best rated blockbusters this summer according to Rottentomatoes.com, has become the most successful superhero film in Hollywood history.

Hero Complex: What did you see as the biggest hurdle when you first took on the movie?

James Chinlund: In May of 2010, when I was first approached by Marvel about the project, the first challenge that jumped out at me was how to make all of these characters from so many disparate worlds and visual vocabularies coexist in our world of today. With the Iron Man films, Marvel had been so successful creating a seamless reality where the world felt plausible and even though Iron Man’s tech was otherworldly, it still felt grounded. You could tell how much care had been taken to maintain a truth in the visuals. I felt a tremendous sense of responsibility, to all of the incredibly talented artists and designers who had worked on the films before me, to deliver a world that was balanced and cohesive, and could contain all of these different visual threads.

HC: What was specific tactic to achieve those ends? 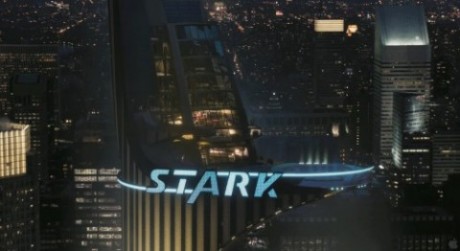 JC: As we were working through the initial conceptual framework for the look of the movie, I continually came back to the same idea of trying to blend the futuristic technologies of SHIELD and Tony Stark with a 2012 world with its full range of histories and textures. Throughout the film we looked for opportunities where we could represent these ideas, ideally right next to each other in the same frame. The Stark Tower was the ultimate representation of this idea, where Tony Stark bought the iconic MetLife Building (formerly the PanAm Building) and ripped off the top adding his own piece of parasitic architecture to the top. The height of arrogance and the essence of Stark. As a production designer, this was the most rewarding set to design, having grown up in New York and looking at that building everyday throughout my life, to be able to effect its history, forever, was an amazing opportunity. In choosing the MetLife location we were also recognizing the rich topography of the streets below which is a unique arrangement in New York, with the viaduct over 42nd St and the tunnels behind Grand Central Station, not to mention Grand Central itself, the ultimate conflagration of rich histories and futuristic ideas.

Read the rest of the interview on Hero Complex.

Watch The Avengers theatrical trailer below: