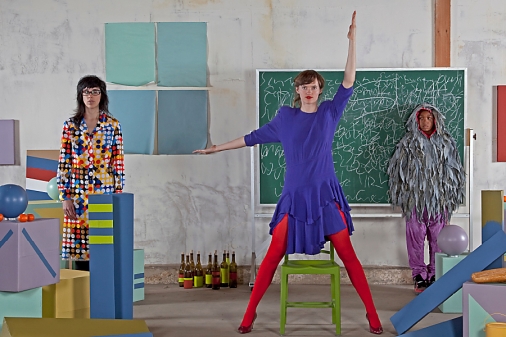 Working at the intersection of visual art and theater, Mast creates a landscape of colorful forms where an ASL interpreter, an auctioneer, a stutterer and others describe, transcribe, interpret and gesture in this stylized and exploratory performance. The problematic nature of communication is exposed in a series of vignettes.

“Nothing is just a word. Emptiness is a synonym for the word nothing,” said a little girl in a purple tutu halfway through artist Emily Mast’s performance B!RDBRA!N when it debuted last January. The girl kept on going, articulating abstractions like this as if she owned them. Mast’s play, vaguely inspired by the true story of a parrot with the intellect of a 5-year-old (in the debut, another child actor in a gray bird suit played the parrot), is full of such perfectly staged, confident yet unconventional language experiments. And, occasionally, the cast breaks out in dance. 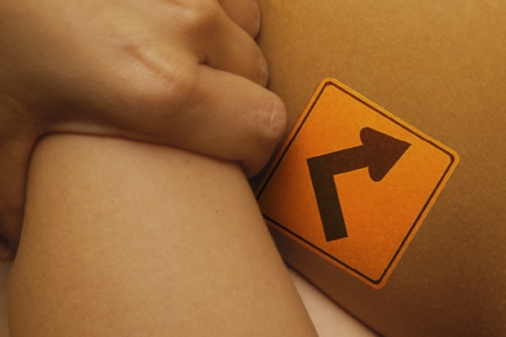 Her new scores for improvisational dance “stem from the strategies of those years, and reflect on an influential era through messy, obsessive movement and humorously confessional commentary.”

More from Glaser in a recent article she wrote for LA Stage Times:

[La Tribu] will be anchored in improvisational dance and interwoven with some set moments, choreographic and theatrical. The piece does not intend to document, represent or re-create the artistic flourishing of those years.  The “dance,” however, has been triggered or sourced by some of the most memorable work made by these Guatemalans during that span.  It is a tribute of sorts, but mostly this piece is a product of my nostalgia. It comes from a deep desire to integrate those experiences into my current life.  It served as a pretext to travel back to Guatemala to meet with friends and colleagues whom I hadn’t seen for some time and whom I have great affection for.

Heather Woodbury: As the Globe Warms 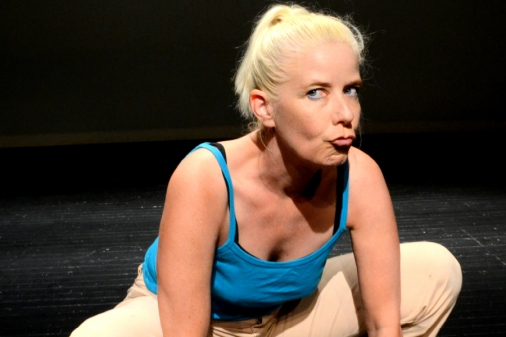 Heather Woodbury in ‘As the Globe Warms’ | Photo courtesy the artist

Obie Award-winning theater artist Heather Woodbury, who is known for creating dramatic narratives with contemporary echoes of 19th-century serial fiction, presents a live solo reworking of her web-cast soap opera, part of a planned 12-hour opus. The New York Times recently described a performance of Woodbury’s as “turning styled slang into verbose monologues, [creating] her own rich language, as densely intricate as a Shakespearean sonnet.”

More about As the Globe Warms from REDCAT:

Weaving the stories of a multitude of characters that inhabit Vane Springs, Nevada, As the Globe Warms takes on the soclal complexities of climate crisis with sympathetic humor while it generates unexpected empathies: between rural and urban populations, atheists and devout Christians, wired-up humanity and the other forms of life on this planet.

All three works are presented at this weekend’s performances.