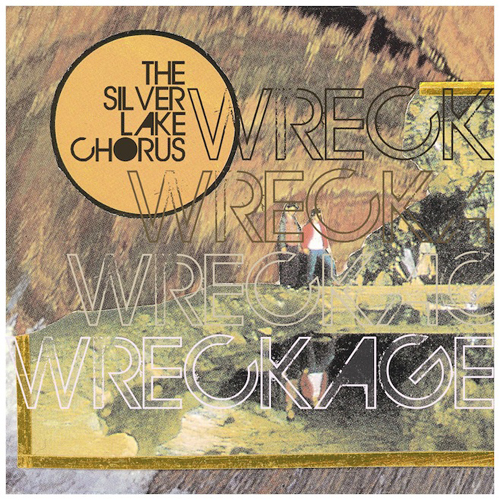 The chorus releases its first self-released EP, ‘Wreckage,’ on Sept. 18.

The Silver Lake Chorus (TSLC), a Los Angeles-based vocal group, has been making waves since its formation in February 2010. In addition to performing live, the 25 members sang on the soundtrack to Saturday Night Live’s MacGroober film as well as the backing vocals for Lonely Island’s track, I Just Had Sex. TSLC has earned quite a few notable fans along the way, collaborating with Bon Iver‘s Justin Vernon, The New Pornographers‘ A.C. Newman and others on a new EP of original choral songs produced by recording artist, Ben Lee.

Below is From the Snow Tipped Hills from the Wreckage EP written by Vernon exclusively for TSLC:

24700: What’s it like conducting TSLC? How does it compare to conducting other ensembles?

Mikey Wells: It is a wonderful honor to conduct TSLC. It’s really exciting to be working with such a fun and diverse group of people who come from so many different backgrounds and careers. The singers are very passionate about the music we’re making, and very responsive to my conducting and undulations. It’s just flat-out wonderful to hear a large group of people singing in harmony, and that’s really the guiding joy behind what we do.

24700: The chorus has come a long way since 2010. How did you guys start to collaborate with so many great songwriters?

MW: We had the great pleasure of hosting Ben Lee, the producer of our album, at one of our rehearsals way early on. He had met someone at a party and they mentioned the chorus to him, and he was intrigued and wanted to check it out. By the end of the rehearsal he attended, he pitched the idea of reaching out to current indie-rock artists to make an album with original work by those artists, for the chorus. We’ve had lots of other collaborations and offers for collaborations from other artists—some have gone through, some haven’t, but it really all started with Ben coming by our rehearsal and having a vision.

24700: I see you co-produced the new Justin Vernon track. Did you guys work with him directly to make it?

MW: The tune was one that Justin sent our way and sort of said ‘have at it.’ Heather Ogilvy (a soprano in the choir) and I do the vocal arrangements, and in this song we really took some liberties and developed it into a lush choral piece. This was a really fun song to work on because it sits so much in the ‘choral’ realm. A lot of our other songs include other instruments and use the role of ‘the chorus’ slightly differently, so it was really fun to work on a song that was a little more traditionally ‘choral.’

24700: When can we expect to see TSLC perform live again?

MW: We’ll be playing a show at The Satellite in Los Angeles on Saturday, Sept. 15 at 9 pm.

MW: I am a freelance composer and musician about town and work on any number of projects at any given time. Currently I am the drummer, vocal director and one of the composers for Lost Moon Radio, a sketch-comedy and music show that does both live performances as well as creates content online. I’m also half of the songwriting duo, Bellflower. We’ve been in the studio recording for the last year and are excited about the music we’re making. I’m also working on finding ways to stay cool in this summer heat.

The Silver Lake Chorus’ EP Wreckage will be self-released on Sept. 18. According to Pitchfork.com, a future album will include tracks by Of Montreal, Aimee Mann, Sia, Tegan and Sara, the Bird and the Bee, among others.