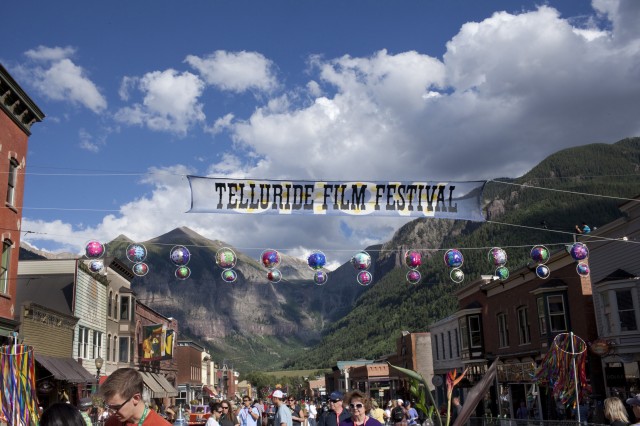 Organizers of the Telluride Film Festival (known in the festival circuit as “The Show”) keep the programming lineup close to the vest—so close, in fact, that the roster of films and filmmakers isn’t announced until the evening before the festival opens.

In the 39th edition of The Show, which took place this weekend in Colorado (Aug. 31-Sept. 3), three out of the nine student films selected and screened in the Filmmakers of Tomorrow program were created by recent CalArts graduates: Sara Gunnarsdottir and Ethan Clark (both MFA 12), from the Experimental Animation program, and Ian Samuels (MFA 11) from the Film Directing program.

Sara Gunnarsdotti’s short, The Pirate of Love, is a story about “doomed love, vanished man and loneliness.” Trailer below:

Clark’s Drifters follows three riders who wake up on a train and ask, “Where am I? And how did I get on this train?” Trailer below:

Caterwaul by Samuels follows the relationship between an aging fisherman and a lobster he pulls from his trap off the Cape Cod coast. Trailer below:

Gary Mairs, co-Head of the Film Directing Program and as Associate Dean of the School of Film/Video, noted in an email that Telluride—one of the country’s top film festivals—is known for showing strong foreign work, American indies, silent work and retrospectives, but not student films. “They hardly show any student work at all. Three out of nine total is astonishing.”