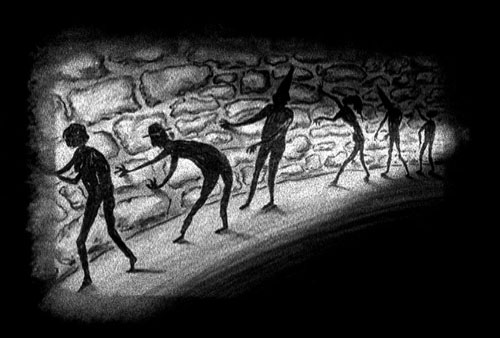 Last week, the School of Film/Video’s visiting artist series, Structuring Strategies, kicked off its 2012-2013 season. The screening and analysis class, which is open to the public, allows members of the Film/Video faculty as well as visiting artists to show and discuss independent film and video.

Tonight, animator and Program in Experimental Animation faculty member Suzan Pitt presents her new film, Visitation, as well as other work. The screenings begin at 7 pm in the Bijou Theater.

Pitt, whose surreal, psychological films and paintings have been critically acclaimed and exhibited worldwide, describes Visitation as “a dark landscape of unending life and death.” More from Structuring Strategies:

Steeped in the alchemical and inner dream life, the film explores a black and white landscape of gothic figures who enact evolving metaphysical dramas. Surrealistic and strange, cast in grainy 16mm images, the film allows an imaginary glimpse within “an outer-world night”. The visions in the film are summoned from the filmmaker’s imagining of a mythical eternity, which is beautiful but fraught with pain, exposed by the ether voices and figures, which inhabit the eternal ballet beneath our consciousness. 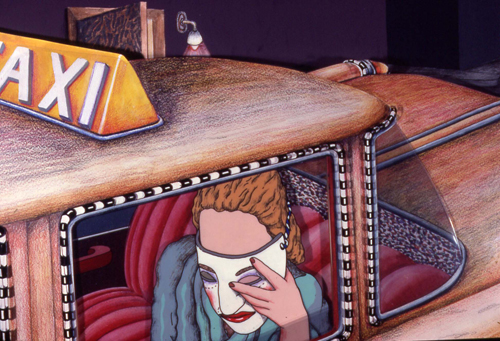 Her 1979 film, Asparagus, is also set to screen tonight.  The cel-animated psychodrama was shown with David Lynch’s Eraserhead for two years on the midnight movie circuit and received high praise from Film Comment‘s Amos Vogel:

Asparagus clearly represents a major achievement of contemporary animated cinema.  It is a measure of its audacity, profound honesty, and uncompromising personal vision that it begins with an act of defecation and ends with fellacio, metaphors in this instance of spent and renewed creative impulses.