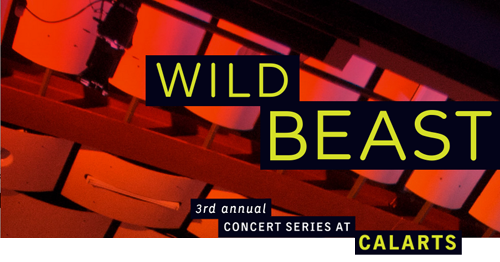 The Wild Beast, which was recently named one of “the most beautiful outdoor theaters in the world” by Flavorpill, opens its amphitheater door for the 3rd Annual Wild Beast Concert Series with two outdoor concerts this fall.

On Thursday (Sept. 20), the series begins with a concert that features three pioneering Japanese artists: Sound artist Akio Suzuki and the duo of experimental poet Gozo Yoshimasu and experimental guitarist/turntablist Otomo Yoshihide. Presenting their unique approaches to sound-based practices, the artists’ personalized styles are influenced by an array of disciplines, ranging from literature to sound art to improvisation.

Suzuki will perform on a number of instruments at the Wild Beast, including an ancient stone flute called an iwabue, which was passed down through his family for many generations. He also will play an Analapos—an instrument he invented in the 1970s that “creates echoes through the acoustic transmissions of a spiral cord stretched between two metal cylinders.”

Above, Suzuki plays a whiskey bottle in a sock while exploring the acoustics of a railway bridge in London.

Yoshimasu’s work features his unique “vocalization” style of poetry recitation, relying upon a highly rhythmic delivery and intense vocal modulations. He often performs with Yoshihide, known as a leading international figure in the fields of contemporary noise and improvisation.

The next concert in the series, titled Art/Rock/Orchestra, is set for Oct. 20. Read more on the The Wild Beast concert series page.