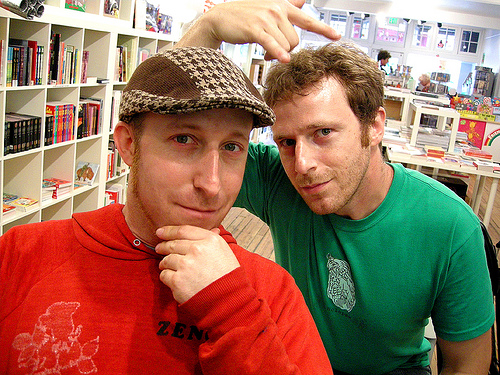 Davy and Peter Rothbart of ‘FOUND’ Magazine are at CalArts tonight. | Image: Courtesy of ‘FOUND’) 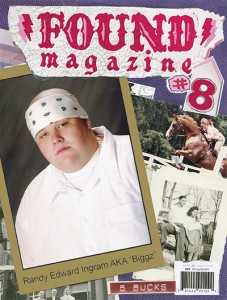 The print magazine and its online counterpart publishes notes, photos, catalogs, ephemera that FOUND staff (and others) collect—ranging from love letters to doodles to poetry on the back of restaurant receipts.

From a recent New York Times profile on Davy Rothbart:

In his role as an editor of Found, Mr. Rothbart, 37, has long been a beacon for voyeurism, whimsy and wistfulness, exposing missives not intended for public consumption in a way that prefigured Web sites like To-Do List and Passiveaggressivenotes.com. In the decade since he and a few friends started the magazine (which has spawned three popular book anthologies), he has traversed the country eight times, racking up thousands of miles to read in offbeat places, like a Roman Catholic girls’ school in New Hampshire and a bodybuilding gym in Sacramento, most often with his brother Peter, a musician who writes songs based on their finds.

Renowned road warriors—this time hitting 37 states and 75 cities this fall—the Rothbart brothers have packed a mini-van full of “stuff” to share with the CalArts crowd tonight.