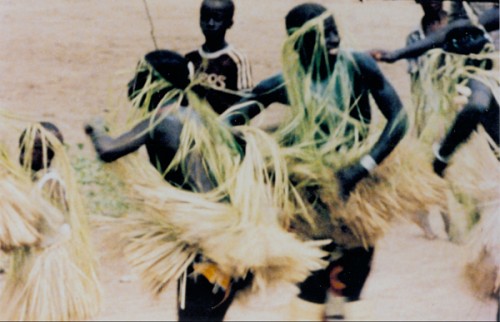 Still from Trinh T. Minh’s ‘Naked Spaces – Living is Round.’

Trinh T. Minh-Ha, a Vietnamese-American filmmaker, writer, composer and academic, visits CalArts and REDCAT this week for a series of screenings and discussions, presented by REDCAT and the CalArts School of Film/Video in collaboration with The Office of the Provost and the Master of Aesthetics and Politics Program.

Currently a professor of Gender & Women’s Studies at the University of California, Berkeley, Trinh originally trained as a musical composer, classical pianist and ethnomusicologist, while also studying comparative and French literature in Vietnam, the U.S. and France.

Since emigrating to the United States in 1970, she’s earned a reputation for being a world-renowned independent filmmaker and feminist, who turns her lenses onto issues of post-colonialism, feminist theory and cultural politics, especially of Third-world countries.

Screenings of three of Trinh’s films begin tomorrow at REDCAT and continue on Thursday and Friday on the CalArts campus.

Surname Viet, Given Name Nam (USA, 108 mins., Betacam, 1989), which screens tonight at 8:30 pm at REDCAT, is a personal documentary that explores the role of Vietnamese women, both in a historical context and in contemporary society, while also tackling issues of translation and untranslatability. In the film, she uses dance, printed texts, folk poetry and stories of women that are spoken and re-translated. Trinh explores what’s lost and gained in this process.

Screening Thursday (Nov. 8) in CalArts’ Bijou Theater is Shoot for the Contents (USA, 102 mins., 16mm, 1991), a film that examines questions of power, change, politics and culture, stemming from events in Tiananmen Square. The multifaceted documentary also looks into methods of finding the truth, while simultaneously analyzing the filmmaking process.

On Friday at 4 pm at the Bijou, Trinh presents Naked Spaces – Living is Round (USA, 135 mins., 16mm, 1985). In the film, she elaborates on her first film, Reassemblage (1982), creating an ethnographic essay-film. From the media nonprofit Women Make Movies:

Shot with stunning elegance and clarity, Naked Spaces explores the rhythm and ritual of life in the rural environments of six West African countries (Mauritania, Mali, Burkino Faso, Togo, Benin and Senegal). The nonlinear structure of Naked Spaces challenges the traditions of ethnographic filmmaking, while sensuous sights and sounds lead the viewer on a poetic journey to the most inaccessible parts of the African continent: the private interaction of people in their living spaces.