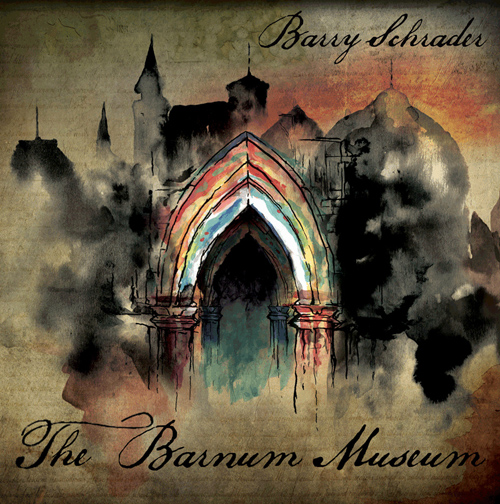 The festival’s final concert takes place on the REDCAT stage this Saturday (Nov. 10) at 8:30 pm. Schrader noted in a recent email that after 40 years of presenting festivals throughout the LA area, he wanted to “retire” from producing concerts.

The finale features three works by CalArtian faculty composers as well as a world premiere of Schrader’s electro-acoustic opus, The Barnum Museum (2009–2012).

The new, three-movement work is inspired by a short story The Barnum Museum by Pulitzer Prize-winning author Steven Millhauser, which describes a fantastical museum of the imagination. More about the work from Schrader:

The music of The Barnum Museum is based not on the actual historical museums, but Millhauser’s story is a description of a Barnum Museum of the imagination, much more elaborate and fantastic than the museums of historical reality. I have taken several of Millhauser’s ideas and used them as the bases for creating musical works. While these pieces are, in a general sense, programmatic, they fall more correctly, I think, into the traditional genre of tone poems. Millhauser presents many ideas, with or without elaboration, and I have let my imagination take off from what he has or has not said about things that never existed. The sound material is all-electronic, created in the computer, and no acoustic sound files are used. In this and other ways, the music follows Millhauser’s paths leading to the plausible impossible.

The premiere of the piece coincides with Schrader’s latest album of the same name.

Below are excerpts from the first track from Schrader’s album, The Barnum Museum, titled The Romanesque and Gothic Entranceways: