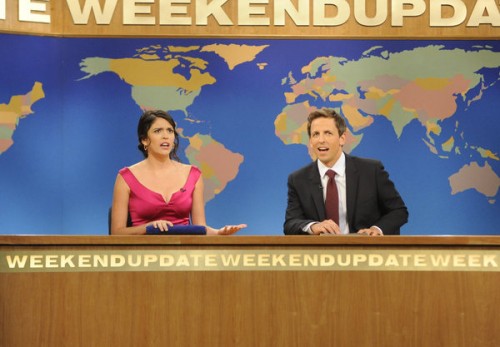 She has made an immediate impact with memorable characterizations such as The Girl You Wish You Hadn’t Started a Conversation With At a Party in the show’s Weekend Update segment.

In the SNL video below, Strong is Paula Broadwell, the biographer of Gen. David Patraeus’ book and one of the women in the center of a CIA sex scandal. She mixes his memoir All In with Fifty Shades of Grey: