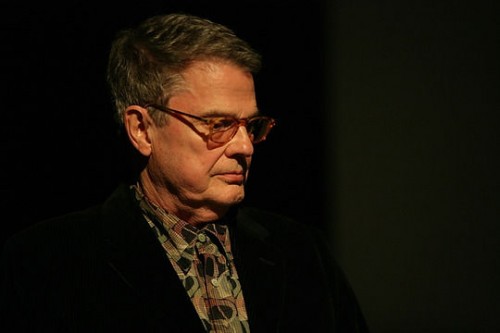 On Wed (Dec. 12), the Recording Academy announced its Lifetime Achievement Award recipients for the 55th Annual Grammy Awards. Among the honorees this year is faculty member and jazz bass master Charlie Haden and former faculty, sitar legend Ravi Shankar, who passed away earlier this week.

In addition to Haden and Shankar, other Lifetime Achievement Award recipients are Glenn Gould, Lightnin’ Hopkins, Carole King, Patti Page and the Temptations, who will be formally acknowledged during the Grammy Awards telecast from the Staples Center in Los Angeles on Feb. 1o.

As we posted last week, several CalArtians have been nominated for Grammys this year.

Below is Shankar and his daughter, Anoushka Shankar, performing Raga Anandi Kalyan: