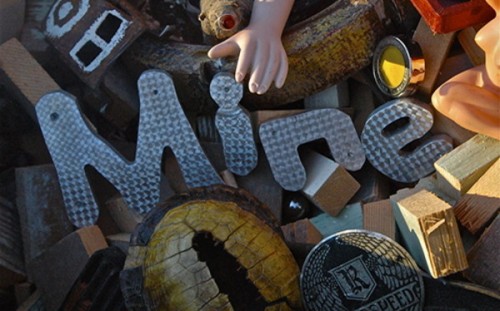 Michael Darling opens a solo show at the University of Redlands. | Photo: Courtesy of the Peppers Gallery and the artist.

While Michael Darling is best known around CalArts as the head of Technical Direction in the School of Theater and the production director of the KarmetiK Machine Orchestra, many may not know that Darling is also an artist and sculptor. A solo exhibition of his work, Mine: I have something to show you, runs all month at the Peppers Art Gallery at the University of Redlands.

In addition to a prolific theater career (spent as a scenic designer, fabricator and technical director working on productions and festivals in New York, Los Angeles, Zürich and Sydney), Darling has also dedicated the better part of the past decade working on a series of sculptures. He has assembled these pieces, which are based on the concept of the “haves” and the “have nots,” using wood and objects found or cut from abandoned factories in Western Massachusetts.

Mine: I have something to show you includes three free-standing pieces, four wall pieces and one painting.

When creating his sculptures Darling says he faces the dichotomy of working in a world that can require structure and planning while he tries to create something more organic.

“When I first started making sculpture I was trained to conceptualize it. To me it was more organic – (to) go at it without knowing what the end result was going to be,” Darling said. His sculptures are heavily engineered, he said, and he tends to build on them until they become too large. His work doesn’t have a definite end.

The public is invited to meet the artist at the show’s opening reception today (Jan. 9) from 4:30 to 6 pm.

Michael Darling: Mine: I have something to show you
Peppers Art Gallery
University of Redlands
1200 East Colton Ave., Redlands, California
Hours:  1-5 pm Tuesday through Friday; 2-5 pm on Saturdays and Sundays
Through Jan. 30