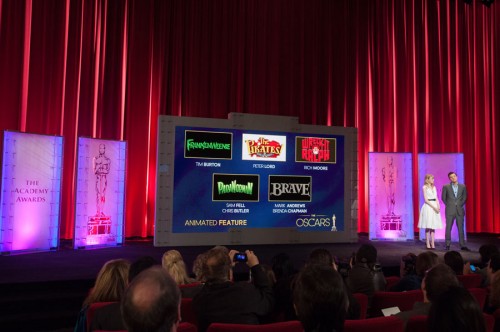 The nominees for the 85th Academy Awards—the Oscars—were announced early this morning, and among the names are several CalArtian filmmakers:

In the Best Animated Short Film category, Minkyu Lee (Film/Video BFA 09) was nominated for his independent film, “Adam and Dog,” which was crafted with a volunteer crew of animator and artist friends. The film also won the Annie Award last year for best Animated Short.

In the Best Animated Feature Film category, three of the five nominated films were directed by CalArts alumni:

Rounding out the animated feature category are ParaNorman, directed by Sam Fell and Chris Butler, and The Pirates! Band of Misfits, directed by Peter Lord.