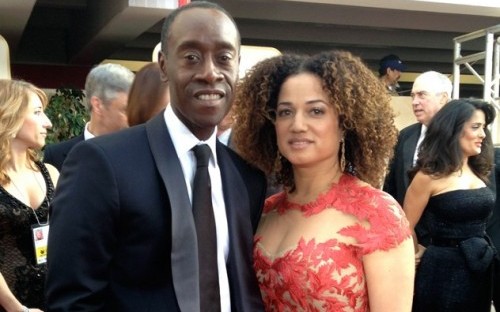 Ed Harris won the Golden Globe for the Best Performance by an actor in a Supporting Role in a Series, Mini-Series or Motion Picture Made for Television for his work in Game Change, the HBO movie that tracked John McCain’s (Harris) and Sarah Palin’s (Julianne Moore) 2008 White House bid. This was Harris’ second win. He took home a Golden Globe in 1999 for Best Supporting Actor in a movie for The Truman Show.

Because of the expansive nature of the category, Harris was in a diverse set of nominees, including Max Greenfield (New Girl), Danny Huston (Magic City), Mandy Patinkin (Homeland) and Eric Stonestreet (Modern Family).

In the Best Animated Feature category, four of the five films were directed by CalArts alumni: In addition to Brave, the category’s nominees included Frankenweenie by Tim Burton (Film/Video 79); Hotel Transylvania by Genndy Tartakovsky (Film/Video 92); and Wreck-It Ralph by Rich Moore (Film/Video BFA 87).

We posted a photo gallery, above, of CalArtians we spotted at the Golden Globes.