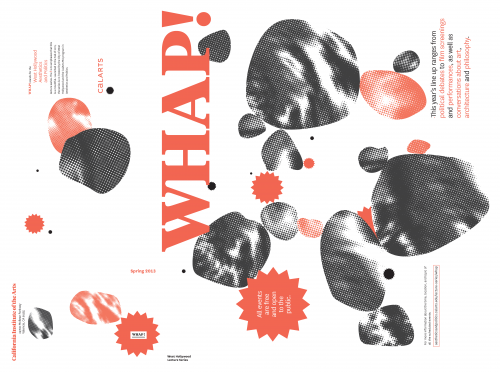 Gadol, who is Associate Professor of the Graduate Writing Program at Otis College of Art and Design in Los Angeles, is the author of six books—including Light at Dusk (2000) and Silver Lake (2009)—and is currently writing an epic novel about 20th-century design, titled American Modern.

Below is the complete WHAP! spring schedule:

All events are free and open to the public. Pay parking is available in the West Hollywood Library structure, but parking will be validated.